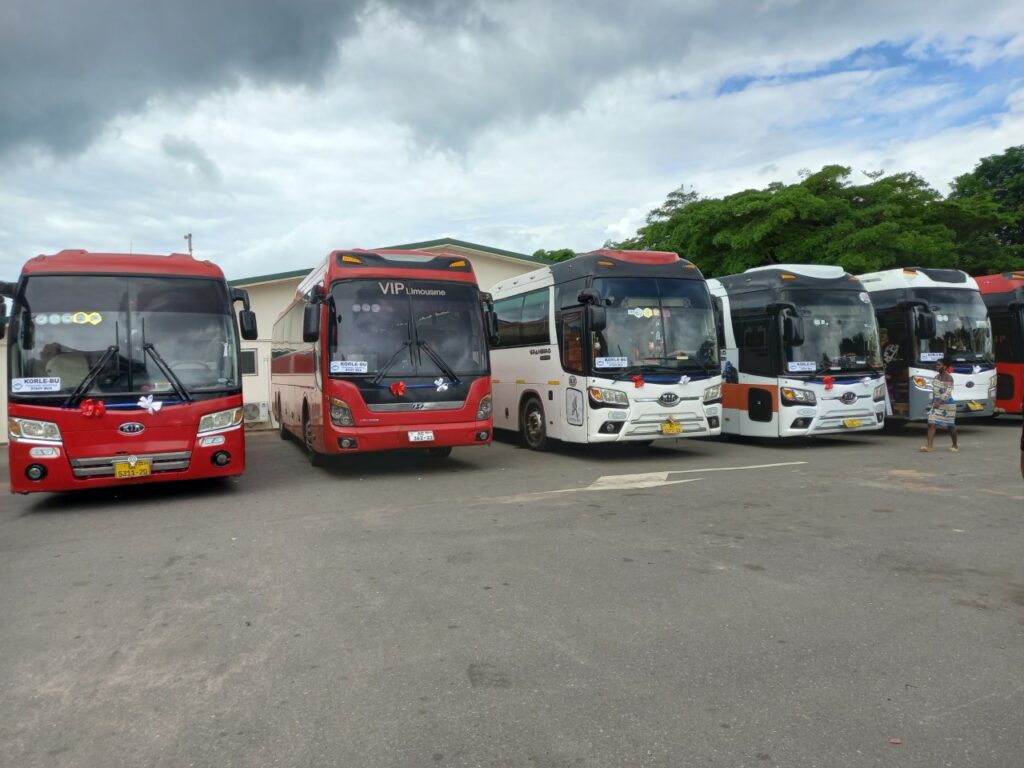 The management of the Korle-bu Teaching Hospital (KBTH) for the first time in 99 years has gotten bus shuttle service to facilitate the transportation of staff.

The transport service was introduced with the help of an Accra-based private transport company, Mobile Edge Company.

The Company made available over 80 Kia buses to convey over 7,500 workers daily.

Dr. Opoku Ware Ampomah, the Chief Executive Officer of KBTH, told the Ghana News Agency that the measure would ease the burden and stress of commuting long distances and enduring long hours of traffic to work, which sometimes affected operations.

“Some of our staff live far away and have to commute very long distances in areas like Dodowa, Prampram, Kasoa and other places to come to work each day,” he said.

He said one could imagine the stressful traffic situation and nurses struggling to come to work or go home after closing late. 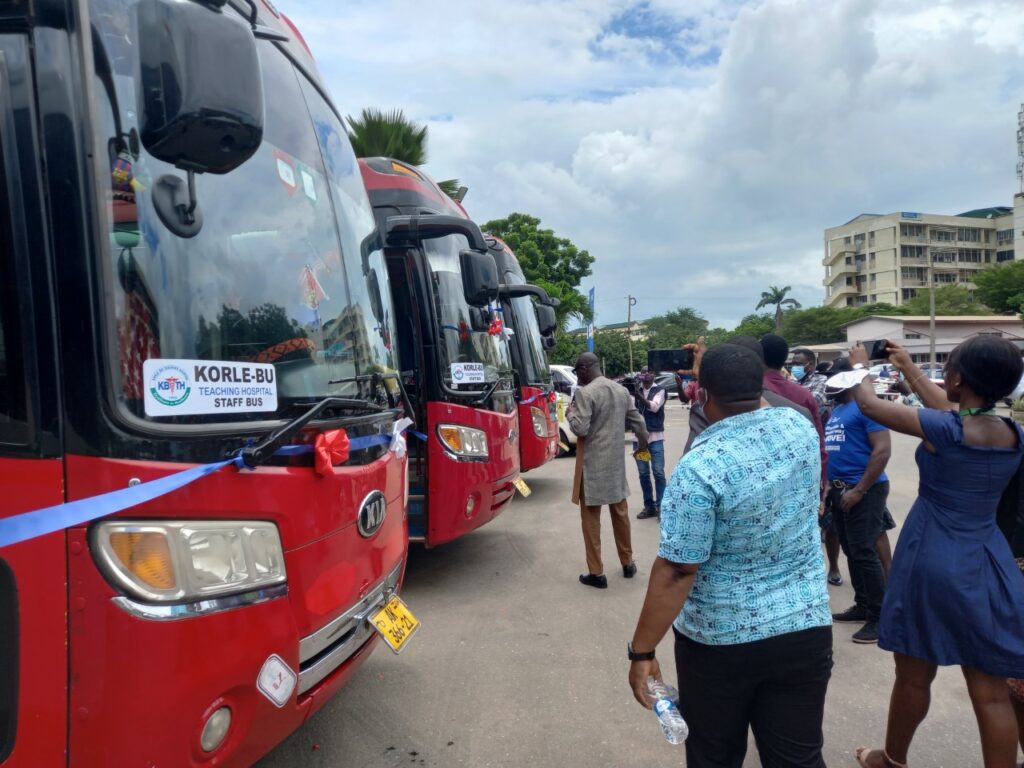 Dr. Ampomah said the new intervention would improve the timeliness and efficiency of staff.

“As a Manager of this facility, I believe that the service will improve the punctually of my staff, which will enhance productivity. They will get to work less stressed and more relaxed, thus positioning them to give off their best care to patients,” he added.

Explaining how the transport module would operate, the CEO said every staff of the Hospital would have to register on a specially created application for an electronic wallet.

He said each staff would be made to load money on the wallet where fares would be deducted when the service was patronised.

The App, he said could be used to track the physical location of the moving bus as done with Uber.

Dr. David Nkansa- Dwamena, the Board Chair of the Hospital, said Management would increase the number of buses as the demand for the service increased.

He said the service, the first of its kind in the history of the Hospital, was after several long negotiations and deliberations amidst other challenges faced by the facility.

“The negotiations have been going on for a long time. It has not been easy as we had to think of staffs’ safety, availability of the buses and so forth. We did not want to have buses which are not comfortable for the staff.., ” he said.

Founded in 1923 by Gold Coast Governor, Sir Gordon Guggisberg, the Korle-Bu Teaching Hospital has seen several expansions over the years.

The facility receives more than 250 admissions and between 1500 to 2500 out-patients nationwide daily.

It serves as a teaching facility for medical students at the University of Ghana.

Youth asked to value condom use