Ghana expresses concern about use of nuclear weapons 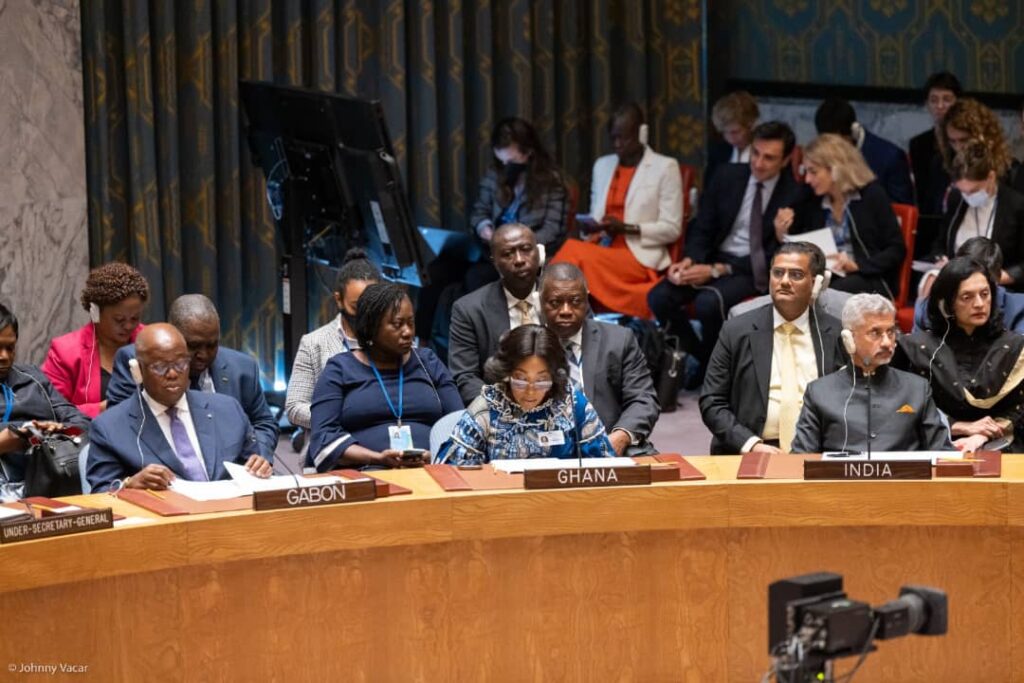 Ghana is concerned by the threats of a nuclear episode, Foreign Affairs Minister Shirley Ayorkor Botchwey has said.

She said the threats, whether by accident or deliberate action, were fuelled by constant military engagements around a nuclear power plant in Ukraine by Russia.

Madam Botchwey stated Ghana’s concern, as she addressed a High-Level Meeting at the United Nations, New York with focus on the maintenance of peace and security in Ukraine.

The Foreign Minister added that Ghana supports the efforts by the International Atomic Energy Agency (IAEA) to avert a nuclear catastrophe in Ukraine.

These was in a statement made available to the Ghana News Agency in Tema.

She said Ghana remained supportive of international accountability measures including the various investigative processes being undertaken by the ICC, the International Court of Justice (ICJ) and the Human Rights Council.

“It is 17 years now since the UN passed a resolution to deal with any acts of impunity in any part of the world.

“This is because impunity anywhere poses serious threats to international peace and security, the international legal order, and our multilateral system,” she said.

Madam Botchwey noted that the principles informed the move by France to call for debate by members of the UN Security Council to rally support for the maintenance of Peace and Security in Ukraine.

UN Secretary General Antonio Guterres warned that if the war in Ukraine did not cease it will exacerbate food crises in 2022.

The US Defence Secretary, Anthony Blinken also warned other member states of Russian nuclear threats and a series of possible “sham referenda” across Russian-held areas of Ukraine.

Russian Foreign Minister Sergei Lavrov, however, noted that the west was largely to be blamed for the atrocities being committed by Ukrainian forces in the Donbas.

On February 24, 2022, Russia invaded Ukraine in a major escalation of the Russo-Ukrainian War that began in 2014.

The invasion caused Europe’s largest refugee crisis since World War II, with around 7.3 million Ukrainians fleeing the country and a third of the population displaced.

Consequently, the war had led to hikes in fuel and food prices globally with inflation at unprecedented levels thus eating away the purchasing power of the poor.