Stop blaming the devil for your sicknesses – Dr. Brightson 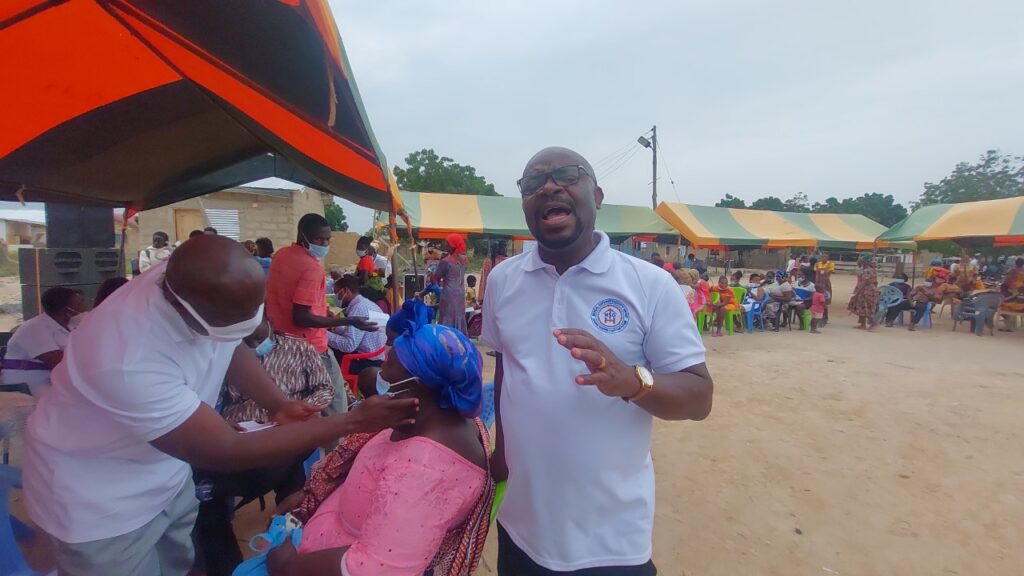 Desist from blaming the devil for your sicknesses, and seek healthcare services early to avoid complications, Dr Kennedy Brightson, Medical Superintendent of the Dodowa District Hospital has admonished the public.

Dr Brightson, who is also the Chairman of the Greater Accra Medical Superintendents said most people resort to prayers and other sources when faced with some medical challenges only to report to the hospitals when the issue deteriorated.

He gave the advice in an interview with the Ghana News Agency in Prampram near Tema during free health screening for residents of Prampram and Lakpleku in the Ningo-Prampram District by the Greater Accra Medical Superintendent group.

He said: “Satan is even tired for being accused for causing common sense diseases that can easily be handled at the hospital, a lot of them resort to prayers for their medical issues.”

Dr. Brightson said it was important for the public especially patients to listen to their health professionals; waiting till the condition deteriorate meant nothing much could be done to save the situation.

Touching on the health screening exercise, he said it was an initiative by the Members of the Greater Accra Medical Superintendents from the 23 public polyclinics and 14 hospitals in the region to give back to society and bring healthcare closer to the people.

He said together with other health officials during the exercise provided free consultation for Out Patient Department (OPD) illnesses such as blood pressure, diabetes, malaria, and others.

They also provided free laboratory services, ENT and dental services, as well as medications for residents at the three outreach points at Prampram Polyclinic, Lower Prampram seaside, and within the Lakpleku community near Ningo.

The exercise also saw three minor surgeries being conducted at a newly commissioned theatre at the Prampram Polyclinic, as well as the registration of children aged below 18 years, and adults aged 70 and above unto the National Health Insurance Scheme.