The Motor Transport and Traffic Department (MTTD) of the Ghana Police Service’s investigators have been urged to help crashed victims to claim insurance compensations available to them.

Mr Tonny Dickson Afriford, a Road Crash and Injury Prevention Analyst, who made the call said most victims of road crashes do not pursue such compensations because of the numerous frustrations put on their way sometimes by MTTD Investigators.

Mr Afriford was speaking on the Tema Ghana News Agency Office and MTTD road accident prevention platform aimed at providing continuous education to stakeholders on the need to be cautious on the road and adhere to all road safety regulations.

He noted that it was the duty of the investigators to help and follow-up on the victims as well as get them the needed report to aid in the processing of their claims and compensation.

“But the frustration in getting the report makes most victims or their dependents give up because the report takes a long time to be ready, the MTTD have a long way to go towards this direction,” he said.

He stated that victims of road crashes were not to pay for reports to claim their compensations stressing that, “MTTD officials are not to take money from victims or their dependents in order to prepare the report, the MTTD is also required to give victims the report in the shortest possible time.”

Touching on road traffic regulations enforcement, Mr Afriford disclosed that in the Tema area and Ghana at large, high power interferences was a worrying trend that made it difficult for officers to enforce the laws to the latter.

He said because Ghana just like other African countries practised the human to human enforcement, offenders called influential people such us politicians, religious leaders, and traditional leaders to intercede on their behalf.

“Political interference is becoming too much, when you insist on prosecuting the offenders, you will be victimized so you are forced to let them off the hook.”

Mr Afriford called on politicians, and other people in authority to desist from the act as such interferences empowered recalcitrant drivers to do the wrong things on the road.

Mr Ameyibor also called for attitudinal change on the road, noting that among the many causes of road crashes, carelessness by drivers and other road users was a big challenge that contributed to road accident in the region and the country as a whole. 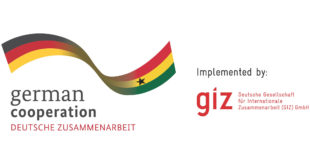 Childhood cancers, family planning to be covered under NHIS from January 2022 – Akufo-Addo