A cross-section of Ghanaians have expressed their discontent with the performance of the senior national team, the Black Stars in the African qualifiers for the 2022 Federation of International Football Association (FIFA) World Cup in Qatar next year.

The Black Stars have struggled in two matches they have played so far in the qualifiers having lost to the Bafana Bafana of South Africa and narrowly edged Ethiopia in the group opener.

A cross-section of football fans in Accra have shared their thoughts with GNA Sports over the performance of the team during the qualifiers.

Mr. Issaka Iddrisu, the Chief Executive Officer, (CEO) of Swift Recovery, at Madina Ritz Junction said: “though the team performed below expectation, the coach should be given more time. I believe the backroom staff is not aiding him well and I think we need changes there.

“I don’t fancy the idea of going for a foreign coach again but the thing is that you must allow the coaches to make decisions themselves if they are able to take their own decisions then we can criticize them when they are not getting things right.”

Mr. Iddrisu noted Ghanaians are no more “interested” in the Black Stars due to their poor performance and call-ups to the national had not been firm and fair.

He added that there was no competition in the Black Stars again because some players think that their positions were secured.

Madam Janet Yeboah a trader at Madina market said that she had also stop watching Black Stars because of their poor performance over past recent years.

“In the previous years, I used to stop selling my ingredients and then go home to watch the Black Stars but for now, I don’t even want to listen to them, because their performance is not improving,” she added.

She said the Ghana Football Association members should wake up and re-examine the team.

Mr. Kofi Asante, a driver at Madina to Achimota said, the coach should be sacked because the players do not respect him and his technical team.

He said most of the players were indiscipline and do not qualify to be in Black Stars.

He also said, the local players should be given more opportunities because they are more eager to fight for the success of the team. 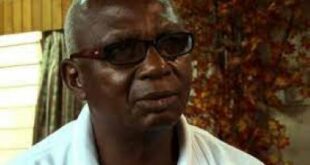