Mr Adadevoh said the performance was a reflective of the company’s diversified business model,  consistent growth of service revenue, prudent management of costs and risks in an uncertain era and competitive business environment.

MoMo revenue continued its strong growth trajectory, growing by 32.3 percent to GH¢1.27 billion, with subscriber net adds of 1.5 million, while digital reported a 6.2 percent decline in revenue to GH¢0.19 billion due to the implementation of the International Financial Reporting Standard-15.

He said the company would continue to invest in supporting significant improvement in coverage expansion and maintenance of the network, customer experience and quality of service in an accelerated need for digitalization.

“As part of this, we rolled out 200 2G, 200 3G and 950 4G sites, which helped relieve the pressure on our infrastructure and significantly enhance our network resilience and service delivery across the nation”, he said.

On the regulatory front, Mr Adadevoh said MTN Ghana would continue to maintain high ethical standards and commitment to its regulatory obligations and remain focused on providing the enabling technology to support Ghana’s digital economy.

He said the company through the MTN Foundation would continue to invest in community development, adding that since inception,  the  Foundation had invested in  87  educational projects,  52  health projects and 13 economic empowerment projects, at a cost of GH¢53.3 million.

On share price performance and capitalization, Mr Ishmael Yamson, Chairman of MTN Ghana, said the MTN   Ghana share price experienced a  lot of volatility with a  year high of  GH¢0.70  and  low of  GH¢0.55.

“The year opened at GH¢0.70 and we closed the year at GH¢0.64, losing 8.57 percent.  This was as a result of factors, including COVID-19   impact on liquidity, general investor sentiments and sell downs from some of our large institutional investors”.

Mr Yamson was confident of the company’s strategy to unlock shareholder value and remain optimistic that the share price would move positively to reflect its continued progress in the coming years.

He said the company continued to be the third largest listed company by market capitalization of  GH¢7.9 billion as at the close of 2020, stressing that implementing an efficient corporate governance strategy was an essential ingredient to achieving long-term success.

Mr Yamson said the company continued its contribution to national fiscal development through taxes in 2020 and that, GH¢2.6 billion was paid to government in taxes and represented about 6 percent of total national tax revenue.

“Within this, GH¢101 million and GH¢389 million were paid as National Fiscal Stabilization Levy and Communications Service Tax which represents about 21 percent and 70 percent of overall taxes received respectively,” he said. 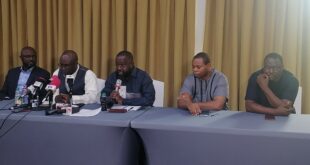 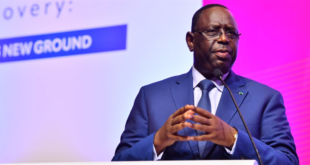